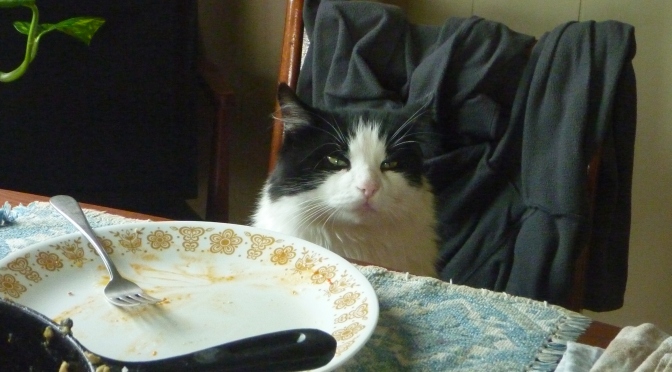 As we drove up the laneway to Eastport Organics there were people lounging about on the lawn after a hard days work. We met Jason, who owns and runs the farm and Meghan and Cuchulain who were staying on the farm and helping out. We went blueberry picking in the late afternoon in the abundant bushes down the road and cooked up an epic feast of local cod, fresh vegetables from the garden and cheesecake. Dinner was also served with good conversation which was awesome. I knew in the first couple of hours that I was going to enjoy staying here very much.

The next day was the first one getting to work. I planted two and a half rows of lettuce plants, picked some raspberries, and watered and weeded sections of the garden. Gardening is something that I have always enjoyed and I started to learn a few tricks of the trade here. Namely on the first day about compost tea that used compost and seaweed from the beach harvested and kept in a big drum of water that is used to water the garden so that it is full of nutrients. We ate kaplan fish sticks and scallops for dinner which was delicious. My back and hands hurt from the hard work but for the first time in a while my tiredness felt hard earned. I slept very well that night and was super relaxed.

On the farm lives quite a few animals that I quickly came to adore. There was Marley, the cheeky golden retriever, Kota, the black labrador, Zeus, the black and white cat and a couple of horses. We spent the morning hanging out with the animals and taking pictures with them. They are too cute. We had another new arrival on the farm in the form of a German girl, Wiebke. We weeded and watered for the afternoon, picked some blueberries and raspberries and then we cooked up and ate an epic feast of scallop and cod mornay with cheesecake for dessert.

In the afternoon I watered, harvested zucchini and served customers. There were so many zucchini going about the place that I made stuffed zucchini for dinner. We sat and watched the fireworks over the property outside that they had down the road and then headed off to our first ever Newfoundland kitchen party.

Now I had not really heard too much about these before arriving in Newfoundland but apparently they are an institution and one that should not be missed. So down the road we went to Chad and Thea’s house where we all sat around in the kitchen eating fish and brews (a local dish traditional at Newfie kitchen parties) and playing musical instruments and singing. It was a heap of fun. I don’t know why more people don’t have kitchen parties to be honest.

The following day led us even further to living off the land. We spent the morning planting lettuce and picking raspberries before going mussel diving. The unfortunate thing about this was that there were too many jellyfish and not enough large mussels to make it worthwhile for dinner so we decided to come home with sea urchins instead. After harvesting the roe, also known as uni and a Japanese delicacy, from the middle we decided to make a pasta sauce with the uni for dinner. Adventurous… it kind of has a taste like lobster but with a really buttery type of texture. While it was good, we didn’t have enough uni.

After working the morning the following day, we got a visit from Chad and Thea at the farm. Chad was building a makeshift pizza oven on the beach from the clay and sand in the area and was curing it for the evening so we could go and have a pizza party. They were to bring the dough, we were to bring the vegetables. And so we went down and sat on the beach with beers and a guitar eating vegetable, uni and blueberry pizzas (not all together of course) and singing some tunes as we went. It was the most glorious day and I was starting to feel really at home in Eastport.

In the coming days the zucchini continued to get out of control and I spent my days harvesting and chopping zucchini into small pieces and putting them into bags to be frozen. I took Marley to the beach in the afternoon to play fetch and the defiant puppy decided that when I was done he wasn’t and ran away on me. I spent most of the afternoon chasing after him and trying to get him to come home. What a pain in the butt! But I still adored him anyway.

My last day round one in Eastport was spent getting stung by a bee whilst hanging out washing and spending the rest of the day chopping zucchini. In the evening we drove down behind the new land that is being cleared to expand the farm and started up a giant bonfire with all of the scrap wood that was cleared. We sat around and cooked sausages on sticks and played guitar and sang songs. It was a lovely way to spend the evening and I was feeling more relaxed than ever. But it was again time to hit the road for a couple of days and see what the rest of Newfoundland had to offer in the south.

To see what I got up to on my southern Newfoundland road trip, check back in next week!