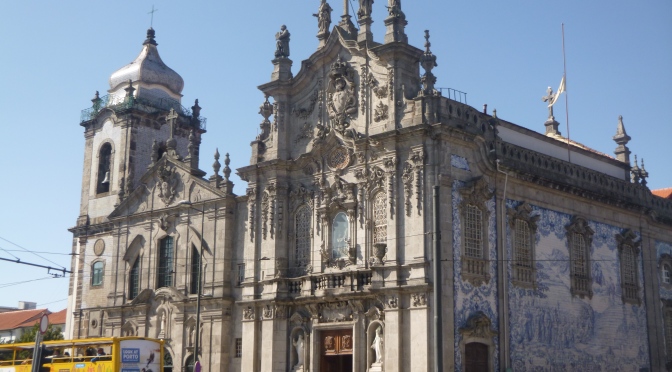 The thing about travelling Europe is that the biggest sightseeing attractions are usually churches. Well I haven’t even made it to Rome yet and I am sick of fucking churches. Don’t get me wrong, they are some of the most incredible examples of architecture in the world however my issues lie more with what it is that the churches represent. And again I am not talking about the ideal of God. I am talking about the largest and richest organisations in the world (the Catholic religion) hanging about with their hands out everywhere you go. Ten euro to get in here, donate money to us there… you know what? I’d rather donate my euros to the homeless person sitting in your doorstep with no food. And in fact I have done this out of spite to church workers getting pissy with me for not donating.

The other day I was in Porto, Portugal. I went inside of the Santa Clara church. That place is mind blowing. And the reason it is so mind blowing is because it has over 500kg of gold, a ‘gift’ from Brazil back in the days when they were a colony, gilded all over the walls, the roof, everywhere. The place is literally lit up with gold to the current tune of 18 million euros in a country that is facing financial crisis. For interests sake, there is another church there in Porto with over 600kg of gold gilded on the walls of that one. The thing that bothers me most about this is the hypocrisy.

“Love thy neighbour”. But not enough to feed them with 40 million euros of gold we just acquired into our possession that we could use to feed homeless people and ensure that everyone has enough to be comfortable. Instead we shall take the gold, slather it on the walls of our institutions to make them look pretty while the hungry and poor look on and get told that it is perfectly acceptable because God is above them and he needs gold walls. That life is suffering and as such the Bishops can sit on their pedestals with their full bellies and dole out supposedly comforting ideals of how this is God’s plan. I’m sorry. But I’m pretty sure that God would not agree with greed and gluttony…. another of the commandments? Right? And yet gluttony is what is written all over the walls of majority of the churches I enter. It’s perfectly acceptable as long as it’s the Catholic Church doing so, but anyone else needs to haul their arse to confession for being a bad human.

I know this is probably hugely controversial, especially to those who are religious, but right now the good human in me wants to go back there and scrape all the fucking walls and give the poor family of refugees or the father of two who lost his job a shot at having some dignity and food on the table and in their childrens’ bellies. Surely kindness and sharing are far more important ideals than making everything look excessively pretty and over the top in a building that people go to to pay their respects. In actuality, all it is, is a power play. The Catholic Church flexing their muscle over the general population to show how much bigger and better they are than you. So that you can stand in awe at how much they have and be scared of their power then do exactly as they say. Do watch yourself. You better toe the line, confess all your gluttonous sins to the hypocrites and then put 10 percent of your wages into the box on your way out the gold plated front door. Otherwise God will think less of you for not being a good charitable human. End rant.

2 thoughts on “What I Reckon: Churches”