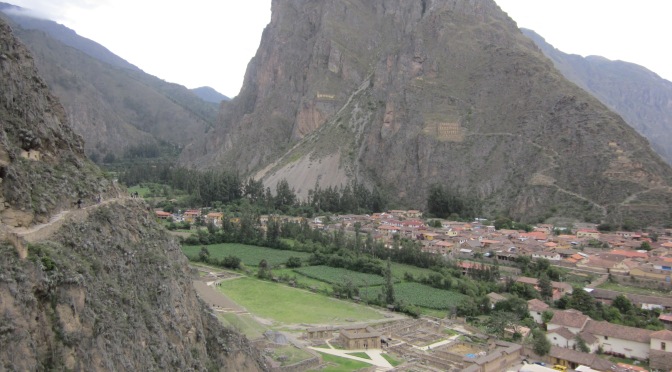 After two months of travelling around Peru, one may say that I learned quite a bit of shit. I definitely learned a lot about the predominant indigenous culture, the Quechua, also known as the Incas. So here are a few fun things I learned about them.

Majority of the town names around Peru are butchered versions of Quechua, also the name of the language, because the Spanish lacked capacity to either listen, or pronounce words properly. As such we have the following.

Cusco – from the Quechuan word Qosco, meaning ‘navel’ or ‘belly button’ as it was considered to be the heart of the four Incan territories that divided up the region.

Inca – meaning ‘king’. “Who is they?” ask the Spanish pointing at the Quechuan king.

“Excellent, they shall all be called Inca” decide the Spanish. The tribe of kings.

Lima – Named after terrible pronunciation of the river that runs through this area, the Rímac. Though the Spanish will tell you it has some fluffy and lovely meaning in Spanish and this was not the case.

Perú – We believe takes its origins from a local ruler called Birú, whose name the Spanish also couldn’t properly pronounce.

Charky – the process of taking alpaca meat and drying it with a boat load of salt from one of the many natural salt resources here. This was obviously butchered to become ‘jerky’…. Mmm…. Beef jerky…..

Hakunchis – Let’s go. Clearly my favourite word in every language and one that I need to learn every time.

Callpa – meaning strong. It was the name of my first trekking group through the Salkantay but it should have been called team moan instead because that was all they did.

Machu Picchu means old mountain. Machu meaning old, Picchu meaning mountain. There is actually a mountain out of Arequipa called Pichu Pichu which literally translates to mountain mountain…. Not exactly sure why this is.

Anyway, whilst trekking the Salkantay a local guide told us of the dangers of pronouncing things wrong. You see there is picchu, and then there is pinchu, and pinchu means, you guessed it, dick. So if you don’t pronounce your Quechuan properly you could wind up going to old dick instead of old mountain and that would just be embarrassingly.

What is fascinating is that this wasn’t the original name for the city. The original name was lost when the city was abandoned upon the arrival of the Spanish. Majority of the people living there were professionals, architects, priests, royalty. Parts of the city indicate that is was also used as a part training facility and an old school research lab for architecture with the structure of the terraces. However the food for the people was supplied by Cusco as their terraces were not large enough to support the population, which mostly only stayed during the summer months anyway. When the Spanish invaded Cusco, food supply was cut off and they were forced to leave and as such, the Spanish never found the city.

There are four different types of camelid in the Andes that were used by the Quechua, llamas, alpacas, vicuña and guanaco. Mostly they used the llamas for the heavy lifting and the others for wool and tasty snack.

Once the wool has been taken from the alpaca, they wash it in water with a plant or a root that contains saponin to make it all foamy. After drying it, the women then spin the wool onto a thing that looks like a spinning top to make the thread. From here they dye it using loads of natural dyes, the most interesting to me being the blood of a parasite they find on the cactus. The colour of this blood changes depending on what you add to it. It is a darker end in its normal state,  a very vibrant  and orange-red with the addition of acid in limes, and purple when you add soap and try to wash it off your hands. They also use other plant-derived dyes.

After the dying process, they use looms to weave blankets, clothing, back braces for those working the fields to protect their backs and a number of other different fabrics they need for daily or ritual purposes.

The Incans/Quechuans were big on ritual sacrifices. Some of these were things, some were animals, and others of course we’re humans. We will start at the soft end and make our way up.

Chicha was considered a drink of the gods. It is a fermented alcoholic drink made out of corn, that is still very popular across South America to this day. The tradition is that the first cup of each batch of chicha is donated to Pachamama, or Mother Nature, to say thank you for the offerings from the earth that keep them alive. As such, the first cup is poured on the ground. This was a problem when the Spanish conquistadors first arrived. The Incas offered them a cup of chicha, thinking it could be poison, the spanish throw it on the ground, the Incas are happy because they offered to Pachamama. Then the Spanish give the Incas a bible and the Incas donate it to Pachamama and all hell breaks loose. It is fair to say that for such ‘disrespect’ of the bible, the whole lot of them were slaughtered.

If you would like to build a house, you need to ask Pachamama for permission. To do this, you must make some ritual sacrifices in which a shaman comes over, but not just any shaman, it has to be a specific one that is high up,  and he makes the ritual. One of the things offered up is the foetus of a baby llama. None of these foetuses are killed for the purpose of this exercise, they are usually taken from mothers that have died from the cold or been struck by lightning. Baby llama, coca leaves and a few other tidbits are burned and construction of your house can begin because Pachamama is now happy.

Nothing but the best for the gods, and of course there is nothing more pure than a child. As such, child sacrifice was a thing back in the days of the Incas. Often, in times of famine or great duress, families would have to put forward a child for sacrifice. These children were often taken to high mountain tops for the sacrifice and many have been discovered as ice mummies that you can go and visit in museums.

At first, upon hearing this, many people believed it to be a joke. Unfortunately it is not. If undertaking the construction of a very large building, Pachamama requires more of a sacrifice to ask permission to use the land than just a baby llama. Pachamama needs a human (apparently). Given that these days killing people is against the law and you can go to jail for it, finding a suitable sacrifice is a difficult one. People turn to the drug addict and alcoholics that live on the streets to find a suitable sacrifice. Such sacrifice is chosen by asking a range of questions to assess if there is anybody about that would miss them if they were gone. If not, full steam ahead. They invite said homeless person to a massive party with lots of booze and drugs, get them well high and plied, offer up a few prozzies just to make sure they really enjoy themselves and when they have eventually had excess to the point of passing out, they take them out back, roll them into an empty hole with some coca leaves and other offerings and pour the concrete on top to make the foundations.

While they believe that this is happening less, evidence has been found in some cases that this is still recently happening. So if anyone asks, loads of friends and family to miss me and mum expects a call in an hour….

Anyway, I’m sure that’s about enough for this week, but plenty more shit has been learned, so until the next.