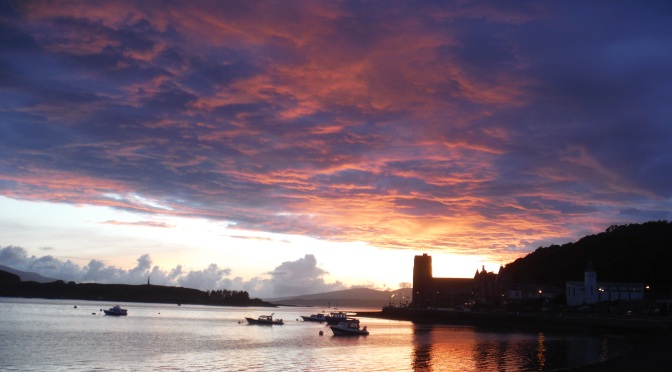 In the glorious half term from school I decided that it was about time I ventured up to Scotland to see what it was all about. Not only was it full of stunning natural beauty, but also full of fun and fascinating stories of the past. I learned  more than wee bit of shit while I was there, but here are some highlights.

Back in the days, Edinburgh was full of high-rise buildings. Of course, being in the days before toilets, people used to just chuck that shit out the window. Literally. If you were in the lower floors and had your head stuck out the window you risked getting shat on. So they would yell out before the bucket load of crap went flying out the window and if you didn’t get your head in quick enough, guess where it landed. They say that those who were drunk were dumb enough to hear the call of pending doom and instead of pulling their heads in, they would look up. And wind up with shit on their faces. Shitfaced. Superb!

Thomas Bouch was an English engineer who built a bridge that wasn’t structurally sound, it fell down and killed a whole stack of people. What a massive fuck up! A total Bouch job

As much as the English and Europeans love to moan about the fact that we call it ‘soccer’ in Australia, it is in fact their fault. They bloody well invented the word. It derives from the full name of the sport from back in the day ‘association football’. Abbreviation of the name and tapping and ‘er’ on the end (oddly a very Australian thing to do… maybe that is where we get it from) results in the word ‘assoccer’.

The Beserkers were a Viking clan full of fierce warriors who apparently fought in such a massively drug-fucked state that people thought that they were crazy. As such, when people go crazy now, they are going berserk.

I mean, I had no idea until I was sitting on the pier with what has been voted the worlds best fish and chips and this damn seagull is sitting in front of me and his beak is literally dripping all over the pavement. He stopped once the fish was gone and I got to the chips. Clearly not as tasty…. but just wow…..

So the river that used to run through Edinburgh used to be full of people’s shit that they used to just pour in there. When they accused people of being witches, they used to throw them in the river and say that if they didn’t sink and drown that they must be a witch. Well given the viscosity of a pile of faecal matter, most of them really didn’t sink. So they’d drag them out and burn them on the stake. That right there is logic for you. Even better, they cleared all of the shit out of this area and turned it into a nice lovely park full of green plants and wonderful flowers fertilised by the remnant bits of shit and dead witches from the area. One may even say that when sitting down there having lunch that you are hanging in the shit pit.

4.  Braveheart the movie is an absolute load of shit and things really didn’t happen that way at all.