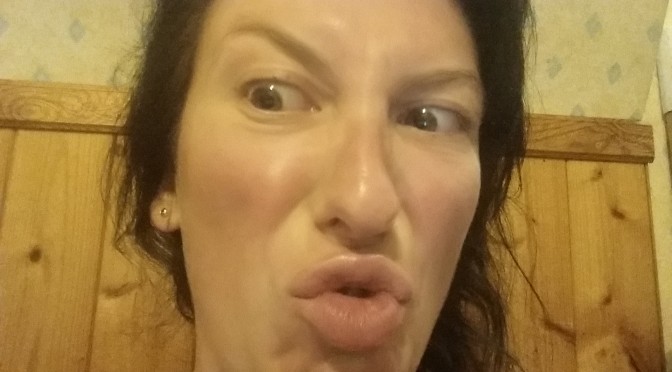 A couple of months ago while I was roaming around the streets of Sofia, I met a young English couple and we got chatting. Somehow we managed to get onto the topic of his mum constantly being on the soapbox about something. Add to this another conversation about words that people hate. Many women hate the word ‘moist’. I personally hate the word ‘flannel’. My Canadian ex-boyfriend hated the word ‘reckon’. No matter how much I hounded him about saying it, he just wouldn’t.

So from here the English couple and I started throwing around the word ‘reckon’. It was agreed that the words ‘I reckon’ are usually proceeded by a massive rant, in agreeability to the statement of another, or is usually proceeded by a dumb activity and the phrase ‘hold my beer’. We decided that this should become the foundation of a blog post and here it is. The first ever ‘What I Reckon’.

The first thing I want to get on my soapbox about is selfies. I absolutely LOATHE selfies with the fire of a thousand suns. While I can appreciate that there is the odd occasion where one might take a photo of oneself to say ‘I was there’ or ‘this was a special occasion’ to family, friends or not yet thought of grandchildren, there is absolutely no need to take a million photos of yourself and post them to the internet.

I sat behind a girl on the bus who was dolled up to the nines and took about 25 selfies before she chose one to put on Instagram. ‘Hey guys! Look at me! I’m on a fucking bus! How cool am I???’

I was also warned by the hostel worker in Croatia about taking selfies on the boardwalks at Plitvice Lakes. A person died there falling off the edge of a waterfall being a dumb arse trying to take a selfie. Fact. More people have died this year from selfies than from shark attacks. Most of these people are doing dumb shit trying to look cool for the people of social media. “Hey, I am on the roof of a train! And whoops, I just got electrocuted!” or “Check me out on the edge of a cliff! And oops, I just went over the edge of it!” or “Don’t I look cool posing with this loaded gun! Oh I just shot myself or my friend in the head with it! Oops!” Wouldn’t it be nice if people actually stopped to think about safety first instead of how cool they will look on Facebook.

While I was at Plitvice, I came down the hill and saw a massive line. Thinking to myself ‘this cannot be the boat queue, I haven’t walked 5km yet’, I asked about it. The woman couldn’t tell me what the queue was for, so I started pushing in along the side. Turns out the queue was for selfies. And there they are, hundreds of people lined up trying to get a million pictures of themselves on their selfie sticks. Here is a novel idea. JUST TAKE ONE and then move the fuck along.

Arseholes everywhere are harassing you about buying their selfie sticks. I personally relate to that Cyanide and Happiness cartoon where the guy stabs the other guy with his own selfie stick. This is how much I hate selfies and selfie sticks.

Other selfie related loathing comes from boys. No I DO NOT want to take a selfie of myself or my tits and send it to you. I HAVE BETTER SHIT TO DO WITH MY TIME. That and I don’t need to be putting that shit out there to the world. I have seen what happens here. Ask all the celebs who’s t and a wind up stolen off of iCloud. I loved it when I had a smashed front camera on my phone. Couldn’t even selfie if I tried and what a great excuse! Stop pestering me about sending you a selfie. I look the same as the last time you saw me and if you want to look at my glorious face, find a picture of me doing something cool on Facebook. Because I am not sending you a picture of my tits.

And of course to all of you out there who have nothing better to do with your time than take a million photos of yourself, GET ANOTHER HOBBY. I once taught a 14 year old who told me she had amassed 10,000 selfies of herself. I told her the same thing. I am pretty sure everyone knows what you look like by now. Stop jamming up my newsfeed with your face.

Anyway, like I said before, time and place. I am not saying that you shouldn’t take any photos of yourself. What I am saying is take one or two, put the lens away and enjoy the moment you are in. Enjoy actually living in the real world. Because in the real world, nobody cares about what the fuck you look like this hour. You look the same as you did ten minutes ago. In fact, wouldn’t it be nice if we could actually celebrate the minds of people and the intelligent thought processes they have instead of how well their eyebrows are groomed. I am getting quite fed up of all of the selfie bullshit. Might be time to move to a village where people don’t have phones.