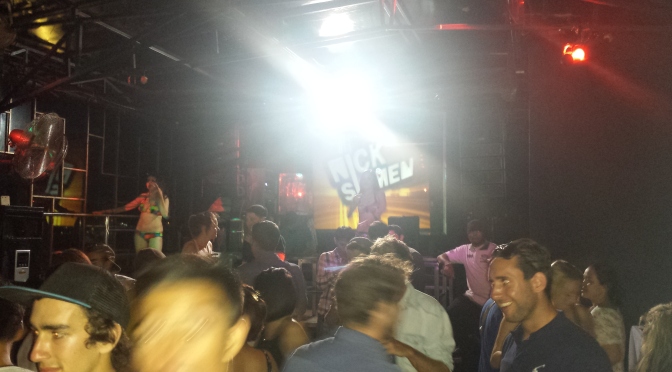 Just imagine if you had amazing sex and actually remembered it! A novel concept in our society when the outcome of what is perceived as being a ‘good night’ is becoming as intoxicated as possible to the point where you don’t even remember what you did the next day and waking up next to a person you look at and go “oh seriously? Ewww!” but hey “that was like so funny, what an awesome night!!”

Call me boring, call me a prude, call me old even, but whatever. I don’t see how in any sense of the word waking up feeling like shit in the morning every day next to somebody you don’t know or like equates to ‘a good time’. I currently sit here in Bali, Indonesia as the only sober entity in the place ready to punch said men that walk in and assume that 1. I am wasted, and as such 2. I am theirs so they can feel free to put their hands on my arse, hips or whatever other part of my body they feel like because ‘like, it is just cool man, it is what people do’. It is like people expect a free pass under the excuse of drunkenness for all manners of poor behaviour and I for one right now am not standing for it.

Where has the respect gone? Since when did we start treating our own bodies so disrespectfully all of the time by constantly pumping them full of toxins for a quick good time and handing our bodies over to just anyone we meet for the hell of it because that is just the done thing these days. You can plough as many fields as you like but it is just a whole lot of hard work for a crappy harvest most of the time, something I just can’t be bothered dealing with anymore. It is not an act that builds or fortifies self esteem. It is not an act that demonstrates self respect.

Furthermore, I have sat and watched both guys and girls make the rounds of an entire group of people of the opposite sex in an attempt to figure out what their options are and who is most up for it. I am sorry, but in any language that screams to me ‘I am desperate for someone to validate me as I have no self esteem’.

So as I sit here, I contemplate this and challenge people in our current hook up society to have a go at the following:

1. Try actually getting to know a person before you decide you are going to just hop right in to the sack with them, you might actually discover that you ‘like’ the person instead of just what they look like or better still, what you think they look like because you are too off your face to actually see them.

3. Go out for one or two, get a bit tipsy, drink some water, have a multivitamin and wake up the next day feeling awesome instead of thinking that the more you consume the cooler you are and thus the more awesome your night is. Oh and that the worse your hangover is = the better your so called night you can’t remember last night. In my world, that = dumb.

4. The bigger your ‘number’ doesn’t equate to how awesome you are.

5. Find other ways of dealing with stress and emotional issues other than excessive drinking, smoking and drug abuse as these are both a great way to an early grave.

6. Try letting yourself get emotionally attached for a change instead of running scared of every person you might actually like in exchange for the next random hook up. You might even discover that the sex gets better than all the rest of the sex you are having with random strangers that don’t know your needs. Oh and you might discover the joys of actually having somebody to share things with other than a drink and a box of condoms.

7. Don’t do things because society tells you that it is cool. Have a brain, think for yourself. Do what makes you feel good and not what other people tell you is cool.

End Rant. I am off to sit somewhere in the world that is quiet and where people’s conversations don’t consist of getting smashed and bagging bitches.